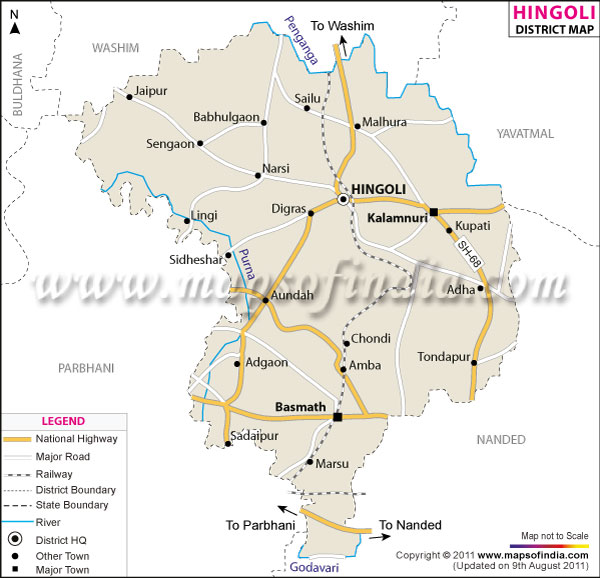 Hingoli is situated at the northern part of Marathwada in Maharashtra. Borders of Hingoli are surrounded by Akola and Yevotmal in northern side, Parbhani in western side and Nanded at south-eastern side. The district came into existence by division of Parbhani district on 1st may 1999.